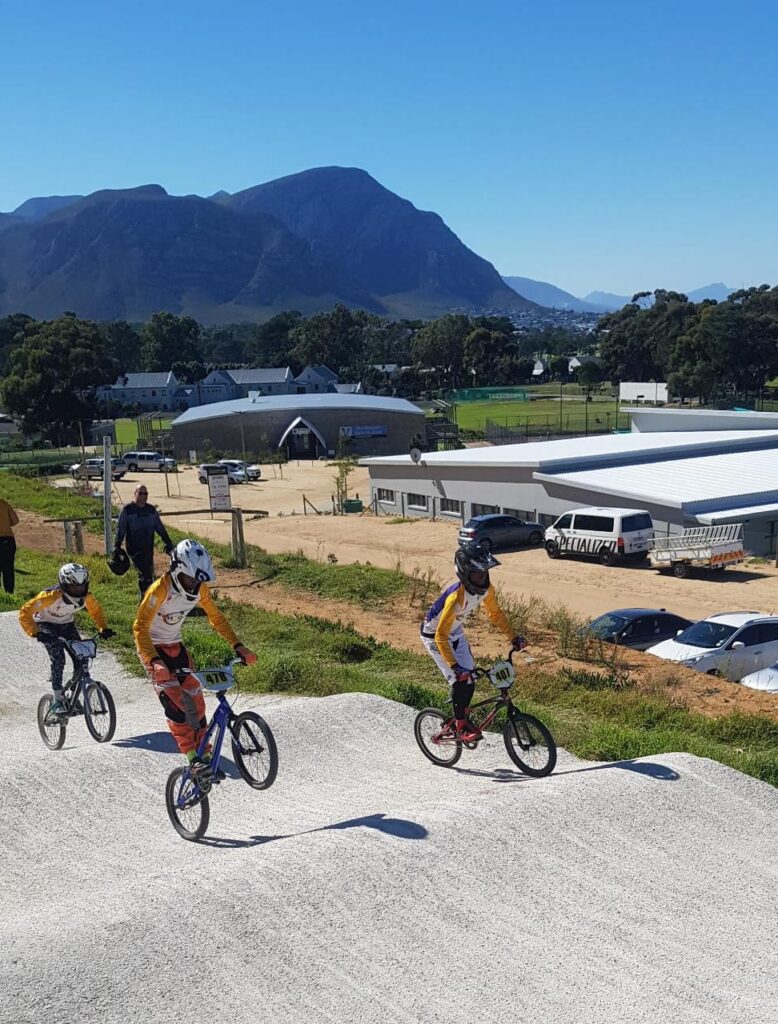 Zizo, who is in Matric this year, hasn’t been training much as he’s been focusing on his academics. He therefore just joined for fun, raced clean and got to spend some time away from the books for a Sunday morning.

The other kids rode very well as the racing progressed. Wanda crushed during the third heat of the racing, but he was able to pick up his bike and finish the heat. songo.info secured 1st, 2nd and 3rd in the older boys, u19, finals. Amila took first place, Zizo second and Tsholofelo wrapped up the podium places. All three enjoyed the race as the race ended well, with no crushes or tense racing. They love the Hermanus BMX track and even kept practicing after the race trying to hit all the big jumps. Lakhanya in particular was keen to hit the biggest jumps. 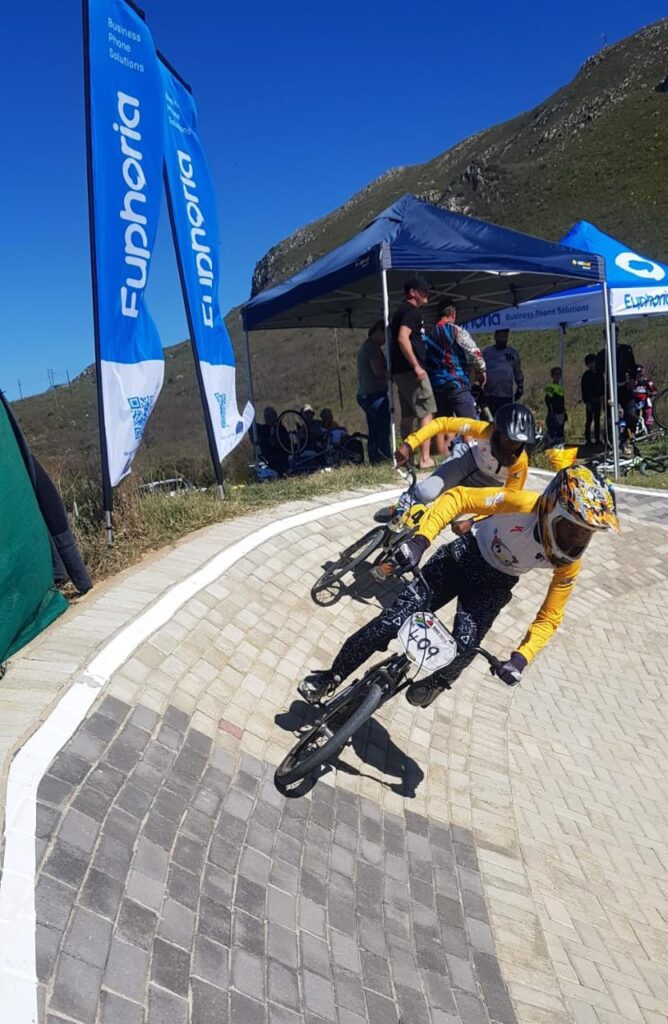 In u16 racing Yandisa took first and Mivuyo second; but the most important achievement of the day was that all the songo.info kids made it to their age-group finals. They also showed great teamwork, helping each other in practice to find the right lines and motivating each other to perform better.

Thank you to everyone that made this race possible, especially Specialized Bicycles for allowing us to make use of their vehicle. And a big thank you goes to the Overberg BMX Club for a fun and well-organized event.