Round 5 and 6 of the BMX Nationals Series, as well as SA Champs took place on the 9th and 10th of October, at the Hermanus BMX Track. This is the first time in 19 years that Western Cape has hosted SA BMX Champs and it was an opportunity of a lifetime for some of the local riders to compete against the best in the country, writes songo.info’s Darryn Stow.

The Hermanus Track has only been around for 3years, but has improved drastically over the past few months. Rickus and the team in Hermanus have done an amazing job at getting the track to national standard and hosted one of the most exciting SA Champs in recent years. 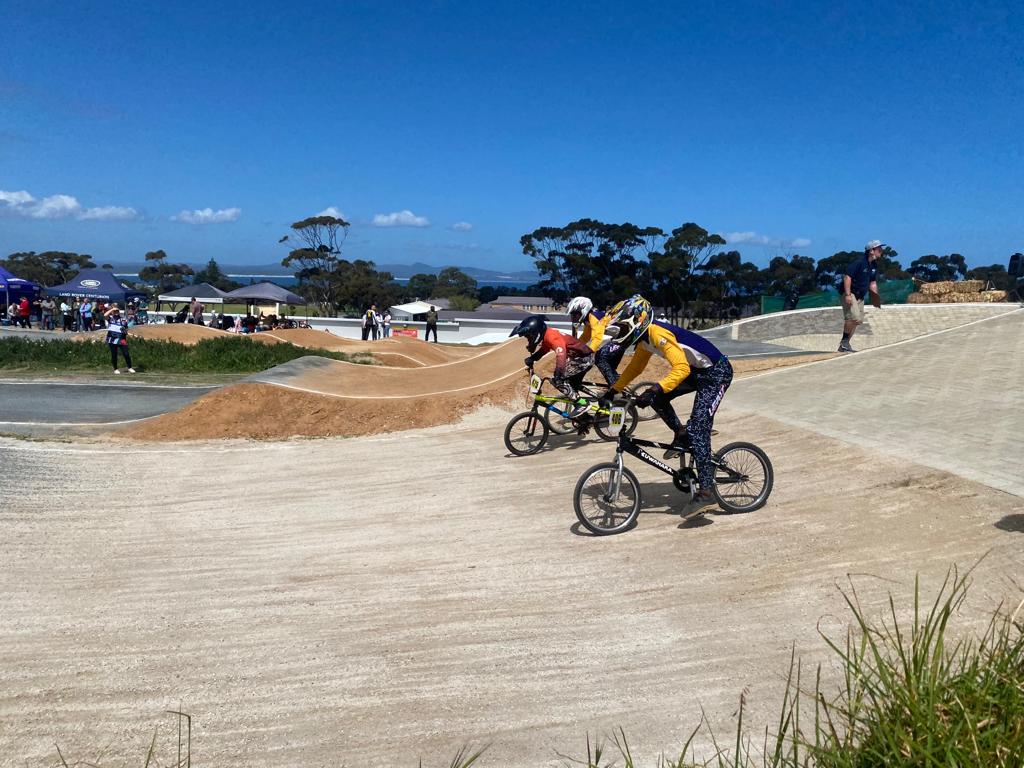 The Hermanus BMX tack has received some big upgrades in recent months. Photos by Darryn Stow.

Being a local SA Champs, we decided to send a team of 15 riders to represent songo.info. We had riders from 8-years-old to 18-years-old taking part. For many of the riders, it would be their first time competing at a national level. It was a great opportunity to test themselves against the best in the country.

We arrived in Hermanus on Friday morning and spent a few hours getting used to the track. There were quite a few upgrades made to the track since we last raced it, but the kids quickly got used to them. Friday afternoon was gate start practice and then it was time to rest and get ready for busy weekend of racing. 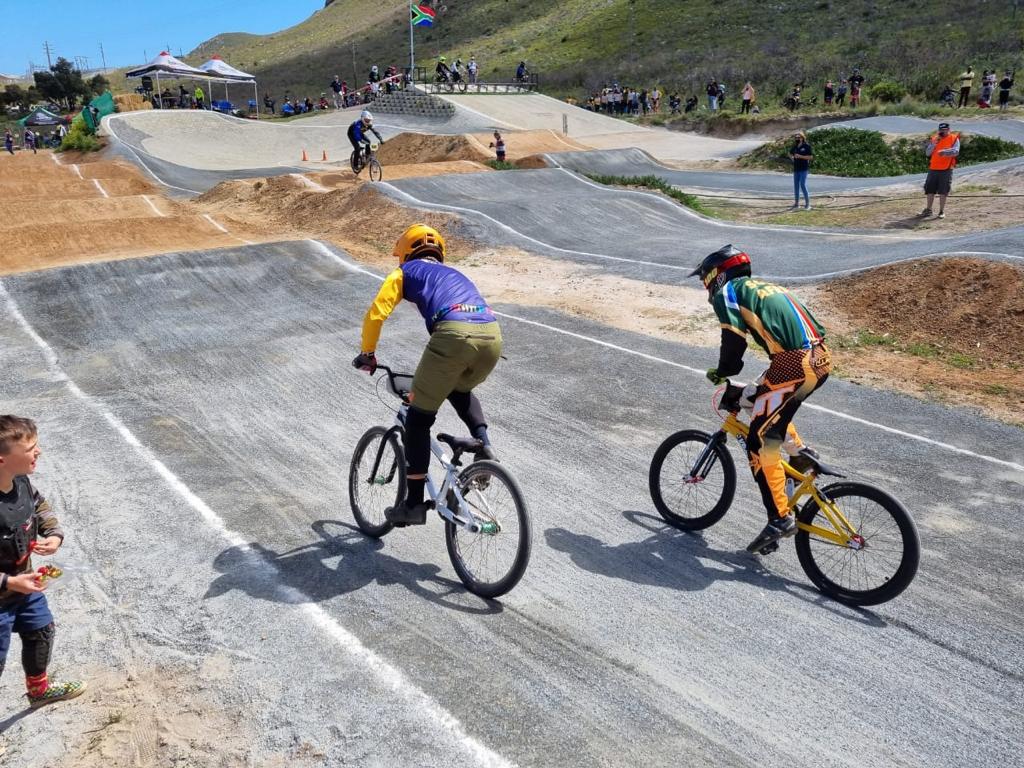 Saturday was race day and into the unknown for a few of the kids. With so many riders and people watching, it can be quite scary racing for the first time. The kids all gave 100% and can be very proud of the way they rode.

Lumanthi was racing in her first national event and managed to win two bronze medals on Saturday. Lunathi Mrali won two gold medals and Onesimo managed to take home a silver and a bronze. Milani had a tough day but had her best race of the day when it counted most and won her first national medal after 3 years of trying. Yongama raced in the 11-year-old class and walked away with two silver medals for the day.

Happy with our medal haul.

Sunday was SA Champs and the biggest race of the year. SA Champs is a once off race where the Top 8 in each Age Group are awarded SA Number Boards. Winning a SA Number Board is a very special achievement and something the kids will be able to keep forever. In total, songo.info won 12 SA Number Boards. Our goal before the national was to try and come home with 8 SA Boards, so this was a great achievement for us.

Overall, we were very happy with the racing and how the kids rode. The results are just one part of it for us at songo.info. The experiences and life lessons the kids learnt during the weekend is hopefully something they will hold onto forever.

Thanks to Western Cape Cycling for sponsoring our accommodation for the weekend.

A massive thanks has to go to Ninety One for making these opportunities possible. Thanks to Rickus for all the hard work getting this event back in the Western Cape. Thanks to Western Cape Cycling for the accommodation, as well as to everyone else who worked so hard to made this event possible.